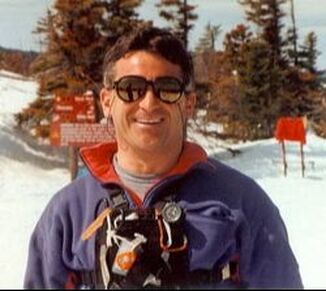 West Newbury, MA - Retired Newburyport, MA Fire Chief and Sanford, Maine Assistant Fire Chief Stephen John Cutter passed away from glioblastoma at home, with his wife by his side, on March 4, 2020.

He was born on October 5th, 1958, in Newburyport, son to Barbara (Clarkson) Cutter and the late John F. Cutter III.

Steve graduated from Newburyport High School in 1977. He was a three-sport varsity athlete playing football, hockey and baseball and was named Captain of the football team. After graduating high school, Steve joined the Newburyport Fire Department, continuing a family legacy of firefighting that extends back to the 1860s. His great-grandfather and father had served as Newburyport Fire Chief and his grandfather had served as Newburyport Assistant Fire Chief. Steve earned his Associate's Degree in Fire Protection Technology and Bachelor's degree in Applied Business Studies from New Hampshire College (now Southern New Hampshire University). In 2000, Steve proudly took over for his father as Newburyport Fire Chief until he retired in 2013. As a hard worker who liked to keep busy, Steve did not stay retired long. He joined the Sanford Maine Fire department in 2014 as Assistant Fire Chief and served until 2019. He also volunteered as a West Newbury call firefighter from 2011 until 2019. Steve knew of the health risks associated with the job and was proud to be able to serve his community.

Steve devoted himself to service in numerous ways. He was a registered paramedic, certified hazardous materials technician and fire inspector. He proudly combated wildfires several times in his career. He also served on numerous local and regional emergency management boards.

Despite his impressive resume, Steve's greatest life achievements were in his personal life. He married his wife Paula in 1996 and instantly became a father to four children. He was a devoted family man, making it to nearly every sporting and school event. Paula and he shared a love for all things Christmas, gardening and spending time by water, whether on cruises or at the lakes in Maine. He loved to fish, golf and ski, including many years of ski patrolling at Sunday River. He was also a talented woodworker, having learned much of the trade from his father. He was an honorable and generous man; someone you could always count on and who was always willing to lend a hand.

Steve is survived by his devoted and loving wife of 23 years, Paula (Weinert) Cutter; his children, Benjamin Beaudoin, Brad Beaudoin, Brandon Beaudoin and wife
Sogole Moin, and Aubrey Gruttadauria and husband Joseph; his three grandchildren, Soraya, Luca and Niloofar; his mother Barbara (Clarkson) Cutter and his brothers and their wives John and Kathy, Mark and Gayle, and Jeffery and Erica; and numerous nieces and nephews.

A service honoring Steve will be held on Saturday March 14th at 10 a.m. at Hope Community Church, 11 Hale Street, Newburyport. If you wish, please wear gray
(brain cancer awareness) and/or red (Steve's favorite color). Those wishing to make a donation in Steve's memory can do so by contributing towards naming the Fire Science wing of Sanford High in his honor.

A GoFundMe (click here) has been established in Steve's name. To make a donation to the Stephen J. Cutter Memorial Fund, click here.