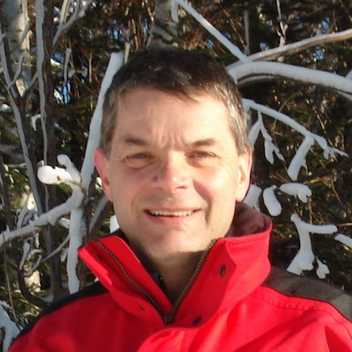 Bela started patrolling in 1970 as a ‘Junior’ patroller at the age of fifteen and since that time has continued to give back to all levels of the organization. Bela received his ‘senior’ classification in 1971and became a S&T Trainer/Evaluator training at the local and regional levels in 1980. In the late 1970’s, Bela patrolled at a National Championship ski race, a World Cup ski race and was selected to patrol at the 1980 Winter Olympics held in Lake Placid, NY. He has served as a member on the Eastern Division Ski & Toboggan Staff and Steering Committee and served as the Eastern Division S&T Advisor from 1988 – 1990. For the next 10 years he served at the National Level as the Assistant National Ski & Toboggan Advisor and contributed several articles to the national publication, ”Ski Patroller” magazine and was a major contributor to the new “ NSP Toboggan Training Manual”.

In 1994, his work took him to the west coast and Bela signed on as a ‘Pro’ patroller with the Boreal Ski Patrol in Lake Tahoe, CA. In 1995 he was awarded “Patroller of the Year” of the Mother Lode Region of the Far West Division.

Upon his return to the East in 1996 and was asked to again serve on the Eastern Division S&T Steering Committee which he accepted and continued to serve on for another 10 years. In 1999, he received the Eastern New York Region’s “Ski & Toboggan Instructor of the Year” award.

Although Bela was very active in his first 30+ years of patrolling, it wasn’t until 2002 that his strengths and contributions in this organization were totally recognized. At the request of Eastern Division’s Division Director, Jerry Sherman, Bela was asked to serve on a newly formed ‘Transition’ committee. This committee’s task was to study the existing Eastern Division structure and recommend changes in the spirit of the National Board’s G1 initiative at the time. With his diverse background of engineering and management skills as well as a vast experience of serving on several Board of Directors positions for several community businesses and organizations, Bela became a vital resource to the committee. Recommendations by the members of this committee became the blueprint for a more efficient structure for the Eastern Division. The emphasis was shifted from ‘politics’ to ‘program delivery’. Member satisfaction and consistent delivery of NSP programs to our members was to become our foundation. Several other divisions also used this blueprint set forth by the members of the ‘transition committee’ as a starting point for restructuring.

In 2006, Bela was successful in his run for the National Board of Directors. The NSP was trying desperately to recover from a complex political and legal battle that divided the organization and brought NSP to near bankruptcy. Bela brought with him from his outside employment a vast knowledge of financial experience. With his diverse financial background, Bela was immediately appointed National Treasurer. It was with his guidance and the hard work of the National Board that austere budgetary measures were implemented to bring the organization out of a daunting financial deficit.

In 2010 Bela was appointed the National chair and encouraged the membership to ‘Stand United’. He ensured that the NSP would be a member driven organization and that it’s primary obligation would be to serve the members.

Bela received the NSP’s honored Distinguished Service Award in recognition of his years of service and dedication to all levels of the National Ski Patrol in 2017.