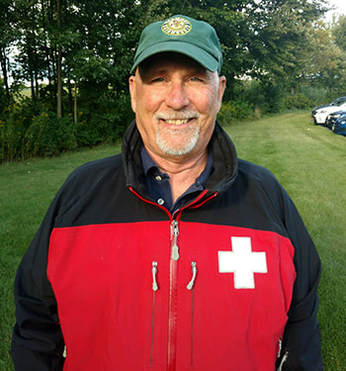 Starting as a Junior Patroller in 1975 at Mt. Tom. David has had a positive impact on the organization in all program categories.

In 1986, he became the Eastern Massachusetts and Rhode Island (EMARI) Region S&T Advisor. He had immediate success with the “S&T Road Show” traveling to small patrols to make sure they received the opportunity for advanced S&T training. He also produced a Toboggan Instructor Video and distributed copies to every instructor. This established consistency across the Region. Because of his success and dedication to the S&T program he was also asked, by the RD, to manage the Senior OEC program.

In 1992 The Eastern Division called Dave to help rebuild the S&T program. He served at the Division level and also on the National S&T Committee. He embraced the teaching side of these programs. He served on the Eastern Division S&T staff for 23 years including 7 years as S&T Program Supervisor. At the same time he was elected Patrol Director for the largest patrol in the EMARI Region.

In 1992 he became PSPA Certified and in 1993 became NSP Certified. He was appointed National Certified Chair in 2005. He inspired change in the program from a "good ole boys" program to an all-inclusive patroller advanced learning center. Membership as experienced significant growth and today we have one of the strongest programs in the National organization. David has been awarded LIFETIME Status in both the NSP and PSPA Certified programs.

Today, David serves on the NSP National Board of Directors. He serves as the Standing Committee Chair for Education.

The impact David has had on others in NSP cannot be overstated. His warm, open, approachable teaching style and his positive personality present to fellow patrollers and the skiing public the essential qualities that we all should strive for as members of NSP. Experienced patrollers throughout New England seek his advice. His most important characteristic is the fact that he is ALWAYS ready to help. It is impossible to count the number of hours that Dave has contributed to the success and growth of the National Ski Patrol.