In Memory of Donald F. Page

Donald F. Page, the patriarch of the Eastern Division, died May 19, 2017. A member of the National Ski Patrol since 1955, Don served in many leadership roles and received numerous awards including induction into NSP’s Hall of Fame.

​Below are a few pictures of Don along with numerous tributes that fellow Eastern Division patrollers have written: 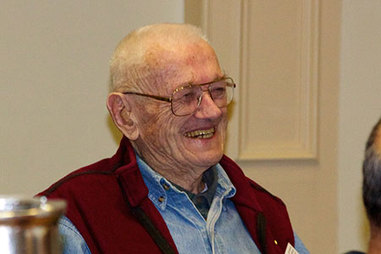 Don sharing some laughs at the 2011 Spring Officers’ Meeting
I only wish I got to work with him like many of you all had. He was, without a doubt, the most respected person in a room without ever having to say a word. He will surely be missed by all leadership in the Eastern Division. It is hard to deal with this reality and the loss of this great of a man who did so much for the NSP. 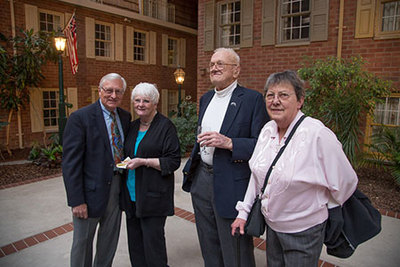 Catamount Patroller Wendy Neefus with wifeBrenda and Don and Ellie Page
Don was always a big help in keeping the division on track! This is a very sad time for all of us who worked and corresponded with Don over the years. He honestly cared and unselfishly contributed to his patrol, region division, and NSP for decades. I will be only one of many who will miss him. 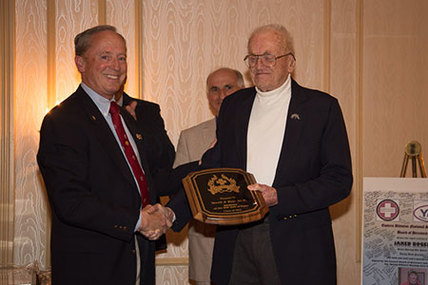 Don being presented an award by Ed McNamara
Don was a real gentleman and a great asset to the Eastern Division. Very honored to have received an award named for him. Wish he could have been at the SOM to see it given and speak to him. He will be missed. 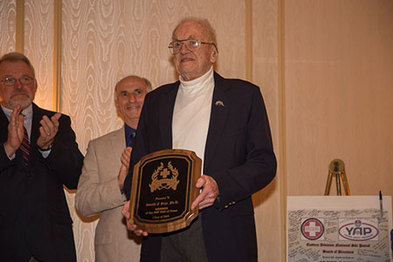 Don with the NSP Hall of Fame plaque
Don was a special person who I only met (like most of us) through the Eastern Division meetings. He was a great example of a wise person. He would sit and listen to everyone's opinions and comments and when he did say something it was usually the right approach! His tone was never harsh and he was always a gentleman. He was the model of learned discourse and, as such, was the calming influence in the room. Having been thrust into his position as parliamentarian for the last two meetings has allowed me to try and practice his methodology and now I can only hope his spirit will remain with our organization. He exemplified the best of why we all joined ski patrol which is to help and serve others. 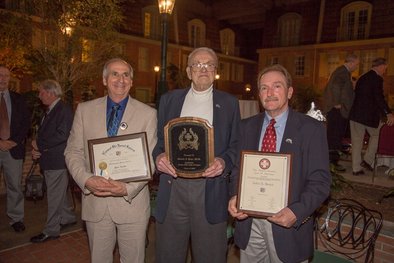 Peter Neefus (Distinquished Service Award), Don Page (Hall of Fame Award), andJohn Beach (Eastern Division Jerry W. Sherman Outstanding Patroller Award)
Don Page was a role model. His involvement and accomplishments over the past 62 years of patrolling should be an inspiration to us all. One only needs to ‘Google’ the word mentor to find the real definition of Don Page. The search will yield definitions such as: “An experienced and trusted person who gives another person advice and help over a period of time” or “A trusted counselor or guide.”

Don loved to help others; he loved to teach new and experienced patrollers in all disciplines. Don had a wealth of knowledge when it came to historic facts about the NSP, NSP P&Ps, governance, awards, to name a few, and when called upon for information on any topic you knew you’d get a straight-forward answer that was most likely right.

Don will certainly be missed by many. I feel privileged to have known him not only as an NSP colleague but also as a friend. I will miss his friendliness and humor."
​
-  Peter Neefus, Catamount Ski Patrol 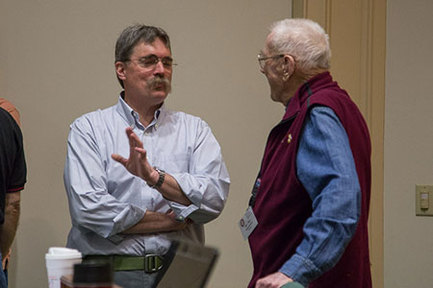 National Historian and Past Division Director Rick Hamlin with Don
Don was the consummate gentleman with a positive comment about everyone and every issue even when he had differences. I first met Don around 1975, where he was a presenter for an NSP function and continued to meet him everywhere NSP had events. Fall forums to annual meetings, he was an ever-present man of distinction. I will miss his sense of humor and his typewriter. 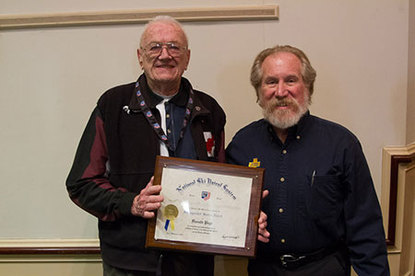 Don receiving the Distinguished Service Awardfrom National Chair Burt Mitchell
I met Don at my first refresher at Whiteface 30 years ago. He was kind, knowledgeable, and a fixture at our refresher for the first 20 years of my career. The Eastern New York Region will greatly miss Don. There are few patrollers who have made such a mark on the National Ski Patrol. 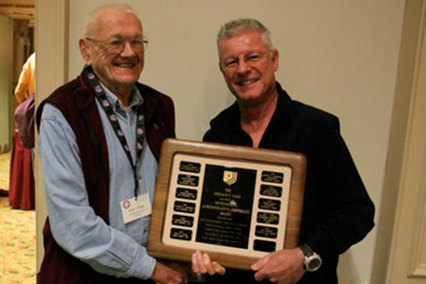 Gerit Lewisch receiving the Eastern DivisionDonald F. Page Administrative Patroller Award
I was fortunate to know and work with Don for many years. He was an OEC IT, taking pride in our refresher preparations. For many years he ran the NSP Hunter Mountain Day, a major fundraiser for the ENY Region, the day after Thanksgiving. Don was the ENY Election Coordinator for many years, seeing that all rules were strictly adhered to. He proved to be an invaluable resource to me when I became RD 18 years ago. I could always depend on his knowledge and sound advice. We will all miss this thoughtful, wise, and kind gentleman for his dedication to skiing and for his friendship.

-  John Beach, Division Historian and Past ENY RD
It's a shame to have lost such an outstanding member of the National Ski Patrol. He was always a gentleman and a great person to talk to. He will be sorely missed. Our deepest sympathy to Don's family from the Connecticut region.