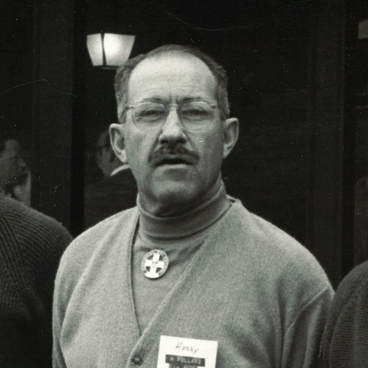 Harry Pollard Jr was the 5 th National Chairman serving in that position from 1968-1976. Many significant advances occurred under his leadership. The Candidate Category was established, National Notes the fore runner to Ski Patrol Magazine was published and sent to all registered Patrollers. The largest growth in NSP membership occurred in 1971 when membership went from just under 19000 to nearly 23000. The Board of Directors voted to change structure to incorporate proportional representation. Large Divisions, such as Eastern, Central and Far West all gained additional Board seats. The Board then was comprised of Division Directors and Board Representatives. The first annual Junior Seminar was held at Bridger Bowl in Montana. There was a great deal of cooperation between NSP and the American Red Cross in developing a Ski Patrol First Aid Instructors guide approved by the ARC. CPR became a requirement for all members and the first Lift Evac manual was published. Nordic Patrols were established and Nordic Patroller became a membership category.