In Memory of Jerry Sherman 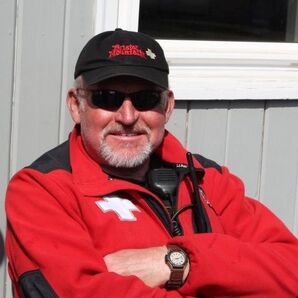 It is with a heavy heart we mourn the recent loss of Jerry Sherman. He was a member of Bristol Mountain and Hunt Hollow Ski Patrols in Genesee Valley Region.  He is left by his wife, Carol, his daughter Jennifer, and his son Greg and his wife and children.

Jerry’s patrol history began in 1978 when he joined the Brantling Ski Patrol in, what was then Western New York Region. He soon became involved in Patrol leadership serving as Junior Advisor, APD First Aid and Patrol Director.  When Genesee Valley became its own Region in 1990, Jerry served as its first elected Region Director.  In 1993, he was invited to be an Assistant Division Director, was elected to the National Board of Directors in 1996, and became the Eastern Division Director in 2000.  After serving those terms, he was asked to become the Eastern Division Awards Advisor, and then the National Awards Advisor in 2018.

​He was an active instructor in OEC, S&T, serving as Senior TE in both, as well as led many MTR I and MTR II courses.

​His dedication was recognized with several honors including National Appointment #7222 in 1990, Eastern Division Outstanding Administrator in 1996, Outstanding National Administrator in 1997.  Then in 2010 he was named as the Eastern Division Outstanding Paid Patroller and received a Blue Merit Star for a lifesaving effort.  He also was awarded a Purple Merit Star for leading a successful life saving effort, three Yellow Merit Stars, and had a Division award named in his honor.

​Jerry’s quiet, thoughtful and caring ways will always be remembered.

​He will be missed by many.​