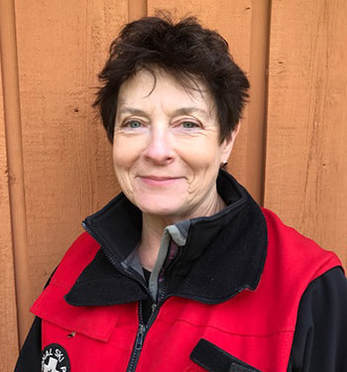 Marcia joined the Bristol Mountain Ski patrol in NY’s Genesee Valley Section in 1977. The next year she began teaching First Aid, CPR and assisting in the Avalanche and MTR programs.  When WEC was introduced she became one of the first certified instructors and has continued instructing in these programs over her 40 years as well as serving as IT, TE , and mentor.

When the Instructor Development program began in 1988, Marcia became involved with teaching this new course and was asked to travel to other Regions in the Eastern Division to train new instructors. When mentoring was introduced, Marcia with another educator, developed a mentoring program to promote consistency within the Region.

Marcia’s most notable contribution is patroller education. Not only is she an excellent teacher, but she has played a major leadership role in the delivery of educational programs in her Region and Division. She has taught every course available in the National Ski Patrol (NSP) educational system except for Transportation and been an Instructor Trainer (IT) and/or Trainer Evaluator (T/E) in each field of instruction.

Education is the core of the National Ski Patrol, and Marcia’s teaching and educational leadership have been exemplary at all levels from National, Division, Region to the local patrol.