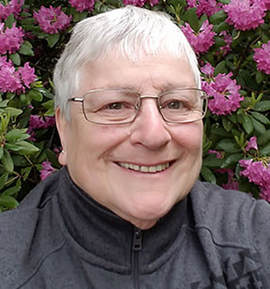 Mary joined the West Mountain Ski Patrol in the Southern Adirondack Section of Eastern NY in 1968.  She became involved in Patrol leadership serving as First Aid Instructor, Assistant Patrol Director, Patrol Director, Region First Aid Advisor, and Eastern Division First Aid Advisor.  In 1984 she joined the Silver Creek, WV ski patrol and was their Patrol Director until 1986 when she returned to Eastern Division where she was appointed OEC Supervisor.  As a member of the National First Aid and OEC Committees, she was involved in the development of the OEC Program, including the OEC Textbook, OEC Instructor Manual, and the development of the Instructor Training program. In 1992 she was elected to the National Board of Directors and became an Assistant Division Director. She served on the National Board of Director’s Executive Committee 1997- 2002. In 1993, she was appointed to the ANSI B77 Committee that developed and maintains the National Standard for Aerial Passenger Tramways. She served as the co-chair of the NSAA/NSP Committee in the development of the 4 th Edition of the Lift Evacuation Manual.

She joined the Bromley Mountain Ski Patrol in 1999 where she continues to serve. Mary remains active as an OEC Instructor and Instructor Trainer and has been an OEC Senior TE since the inception of the OEC portion of the Senior Program in 1972. She was awarded National Appointment #5006 in 1976 and was recognized as the Southern Division Outstanding Professional Patroller in 1986. In 1991 she was recognized as the Eastern Division Outstanding Administrator and received a Gold Merit Star as the National
Outstanding Administrator. She received a Distinguished Service Award in 1998. She has an ​award named after her at the Division level.