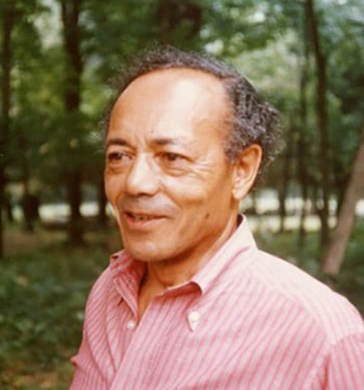 The late T. (Thomas ) Tyler Davis taught himself to Ski at age 24. He was already a very active member of the American Red Cross serving as a First Aid Instructor and Instructor Trainer when he was asked to start a Ski Patrol at an area in Western Pennsylvania. In 1958 Tyler was asked by the Dupree family, the founders of Seven Springs, to form a Ski Patrol. He continued to be an active NSP member and member of that Patrol until his death in August of 2006.

Tyler held leadership positions at every level of our organization, serving as Patrol Director, Section Chief and Region Director in what was then named the Western Pennsylvania Region and later changed to Western Appalachian. At the Division level he served as an Assistant Division Director, Division Awards Advisor and member of the Division S&amp;T Staff. In those days they were toboggan Examiners. Tyler also served as an Eastern Division representative on the NSP National Board of Directors. While on the Board he was named as the NSP representative to an International Ski Patrol conference, which later came to be known as FIPS
(Federation International Patrols du Ski).

Tyler was an instructor in many NSP education programs including OEC, S&T, Avalanche, Mountaineering, Lift Evac and CPR.

Tyler was inducted into the Pennsylvania Winter Sports Hall of Fame in 2002 and was only the seventh NSP member to receive the Mini Dole Award in 1982. The Eastern Division Outstanding Instructor Award is named the “T. Tyler Davis Outstanding Instructor”. He was revered by not only the members of the Seven Springs Patrol but also the owners and management at Seven Springs. Tyler’s
ashes are spread on his favorite trail and there is a memorial monument erected by the resort nearby.