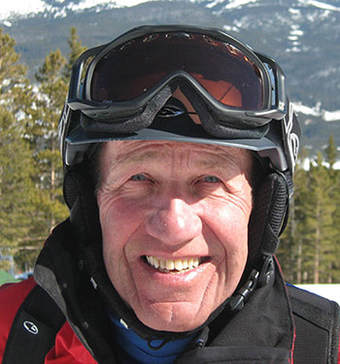 WILLIAM BALLEK – National Appointment #5423 Bill Ballek’s impact on the Camelback Ski Patrol of the EPA Region and NSP is significant and long-lasting. Bill served the NSP and patrollers for over fifty years until his death in 2013. His advocacy for “sled pulling” patrollers established mentors for Senior programs, Patroller Schools, Ski with a PSIA Instructor programs and the creation of the Snowboard Alpine Patroller status. His efforts on the National Board gave him wide visibility across the entire organization and he gained the respect of all who came in contact with him. Bill was known for his ability to ski longer than most patrollers including his peers on the board when meetings were held in Colorado. Perhaps Bill’s greatest legacy and contribution to the NSP are the hundreds of patrollers he touched and inspired with his love for skiing and helping others. No one skied with him without learning a new skill and becoming a better patroller and person from the experience. Bill Ballek’s devoted service to patrollers and the National Ski Patrol will never be forgotten.